The International Conference on Philosophy of Dance is an idea I first developed in 2015. Since then, we have created two conferences, the first in 2015, and the second in 2019, with the collaboration of important institutions such as Universidad Complutense de Madrid (UCM), Universidad Nacional de Educación a Distancia (UNED), Centro Danza Canal (CDC), Centro Superior de Investigaciones Científicas (CSIC), and others. It seeks to gather researchers in the field of dance theory focusing in a philosophical framework, whether from the written word, dance practice or both. It has been a huge success gathering hundreds of artists and scholars, showing a dynamic work field still to be developed and legitimated in Spain, Europe and Latin America. To access to contents and deadlines, please visit congresofilosofiadeladanza.com (mostly in Spanish). 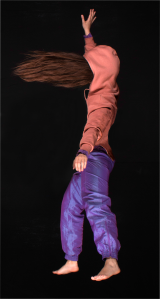